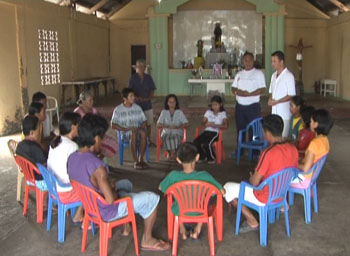 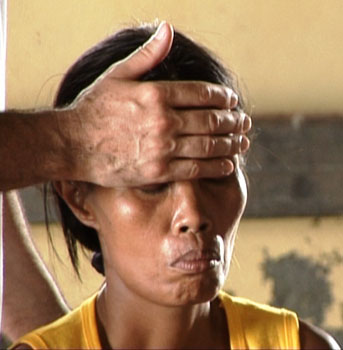 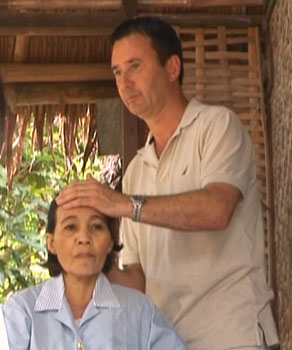 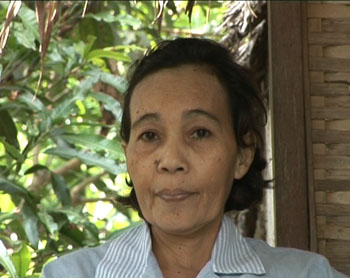 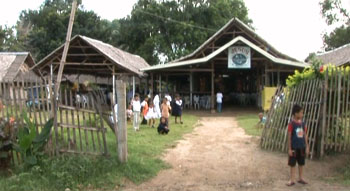 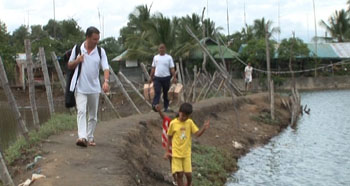 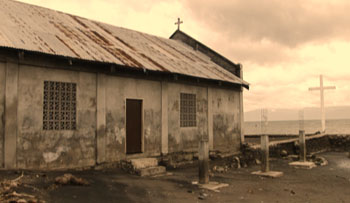 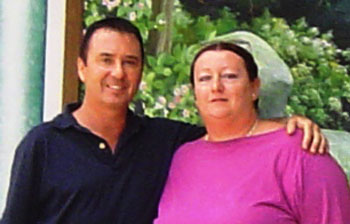 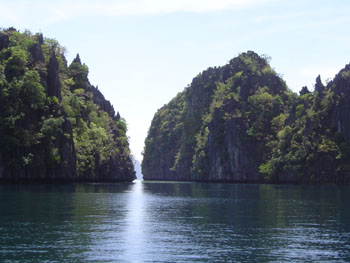 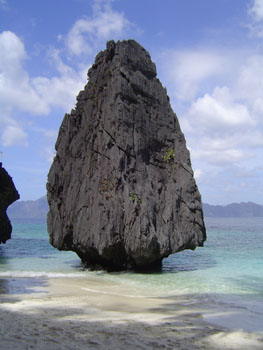 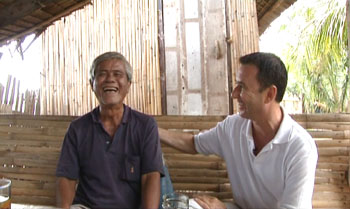 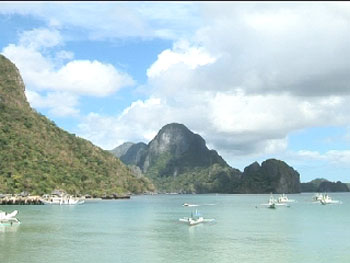 Healing in the Philippines

January 2006, after spending a month in Sri Lanka healing and filming ‘The Meditation with Monks DVD’ with many friends from the previous year, I decided to go the Philippines to discover how life is there. The Filipinos have a reputation for very strong Christian beliefs and are known to have many healers and psychic surgeons. I flew with my cameraman Adam into Manila and spent 2 days obtaining new high definition (HD) films which are almost impossible to get in Asia. We then flew due south to the island of Negros Oriental, to the town of Dumaguete. It’s a bustling little coastal town reached by ferries and a daily plane to Manila. There we were met by the brother, sister and cousins of the lady who had become my housekeeper in Cyprus. This family, like all Filipinos, had very strong beliefs in spirit, the afterlife and were absolutely fascinated that I was a healer.

This family were part of the Jesus Miracle Crusade Ministry (JMC), so on the Sunday we visited the church to see the service. The service is 5 hours long from 10 am to 3 pm. The church was like no other I had ever seen. It was a large field and to the side of the gate on the right were several small stalls selling water, biscuits, provisions etc. The church itself was a bamboo roof held up by many wooden poles and had one wall at the rear of the building where the speakers and choir would stand. Also in the grounds were several very basic one story buildings where approximately 30 Brothers and Sisters who had dedicated their lives to Jesus lived. All these Brothers and Sisters had walked away from their previous lives. None of them worked, it was a community of singing, preaching and prayers. There was absolutely no income or support, they survived on God’s will and any donations and gifts they received.

It didn’t take long for them to make telephone calls and arrange a very hectic itinerary for the next few weeks. Thanks to their connections and local knowledge we visited several healers on the island. I had the privilege of working with them and sharing their energies and some of them were happy for us to film them. I was very impressed at the standard of English even in the poorest of rural communities; they were extremely polite and helpful.

After a couple of days I thought we were going to meet a healer on the beach. We parked the car on the main road and had an 8 minute difficult walk along unmade paths to the concrete wall of a canal to get to a remote part of the beach where there was a small compound and a church. We had arrived at about 5 pm and it was still daylight. The man in charge was not available and it was difficult to understand the situation at first. The people were surprised to see us, it’s very unusual that Europeans would find their way to visit anywhere in this area.

It turned out to be a compound which in essence was a hospital. There were 20 people living there suffering from all types of physical and mental problems. There were no doctors, no nurses, no medicines or dressings and no money. The man in charge was Mr Aux, he and his wife had run this place for more than 20 years. The poor and the sick came to stay with them and they shared whatever they had. I thought I was going to visit a healer but he didn’t have the healing gift. However, his kindness and compassion has to be a lesson to us all. As he wasn’t there we made an appointment to go and visit the next afternoon. I felt humbled as we walked away from this place as I recalled the glamour and glitz of the high rise in Manila, and how all of us in the UK and probably Europe take basic health care for granted.

The next morning I was moved to buy huge sacks of rice, and a supermarket trolley of food for both the Jesus mission and the compound. We went first to the JMC Ministry, the Brothers and Sisters were thrilled with the gifts. While we were there we were told of a lady who was in a small bamboo room to the right hand side of the speaker’s platform. I was told this lady was quite ill so I immediately went to visit her.

I had never encountered the condition of breast cancer in the fourth stage. I entered the room slowly, cautiously, to be quite honest the stench of rotting flesh was so overpowering it took all of my strength to sit beside her and hold her hand. Her name was Merna. She was very frail, weak and embarrassed. Merna couldn’t speak English, but allowed the girl taking care of her to show me her damaged breast. Her large breast was more than 50% eaten away by the disease. It looked as though scores of maggots had devoured the flesh. Struck by her reality I struggled to find a comforting smile as I gazed into her eyes silently and respectfully.

Merna had been at the church for 3 weeks, fasting and received no medical care whatsoever, only the loving attention of this girl who had no medical training. I learned the girl was a Sister, she was 21 years old and a mother to a 2 year old. This was why she was at the church, cast out for becoming pregnant outside marriage. The overpowering smell in the room, and I’ve healed in some terrible conditions, made it difficult for me to even attempt to give her healing, as a few deep breaths are an essential process in preparing to channel healing energy. I suggested we should take her to the hospital so she could receive correct dressings, treatment and painkillers, she was on absolutely no medication whatsoever. I can’t imagine the emotional pain she was going through, looking down at her once beautiful body to see it rotting away, and the physical pain? She was only 46 years old.

Brother Russell who was in charge and one of the sisters accompanied us to a hospital to find out where we could take her. The first hospital would not admit her unless we were prepared to pay approximately GBP 600 for treatment. They suggested another hospital that dealt with paupers. The second hospital agreed to accept her and I had to go to 3 offices to find an ambulance that would go and collect her. I then had to pay for the ambulance which followed us back to the church. This process had taken over 3 hours.

It was over 35 degrees, very humid and the frustration and feeling of helplessness was immense. I was also aware that we should have been in the compound beach hospital but we had no means of telling them we couldn’t make it; letting people down is something I really detest. If you make a commitment to do something then I believe you should honour it, but the desire to help Merna was so overwhelming I had to break the appointment.

When we opened the doors of the ambulance to put Merna inside, behind the dark glass I realised it was really only a minibus with old fashioned seating, with a driver and no nurse. The 4×4 that we were driving around in was far more comfortable. I was stunned yet again. The journey to the hospital now took over 30 minutes, due to extremely bad traffic, most of which was tricycle taxis – basically motorbikes with sidecars.

The admission ward had 5 treatment beds in a row, a reception desk, people milling around and no curtains for privacy. My heart sunk as I saw the embarrassment and the pain on Merna’s face as she was examined in this open public place by a doctor. After his examination, I spoke to the doctor who told me there was nothing they could do for her. She could be admitted but even though the hospital bed was free the doctor, the surgeon, the drugs, the dressings all had to be paid for privately. I offered to pay for the care and the treatment for her but what I was about to discover was that she had visited this hospital five months previously knowing she couldn’t afford it, and at that time had made the decision to leave it to God’s will. That’s why 3 weeks previously she had turned up at the JMC Ministry. She never told any of the brothers and sisters that she had been to the hospital.