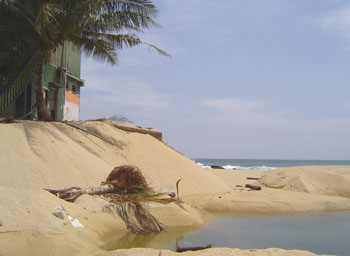 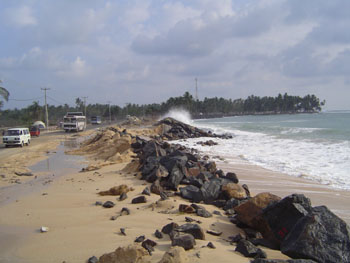 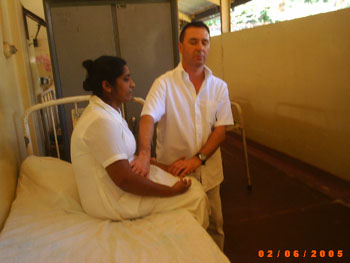 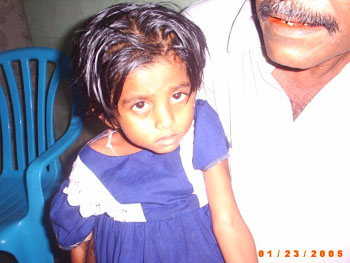 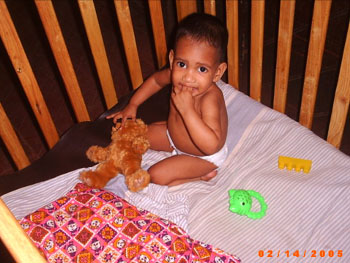 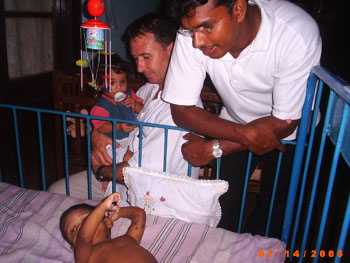 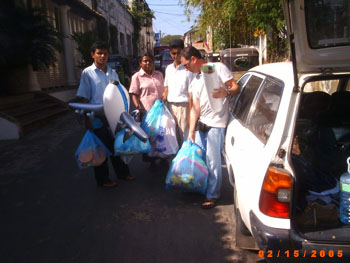 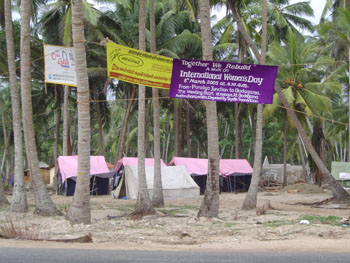 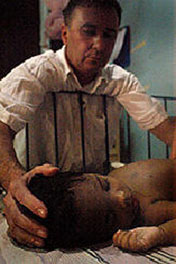 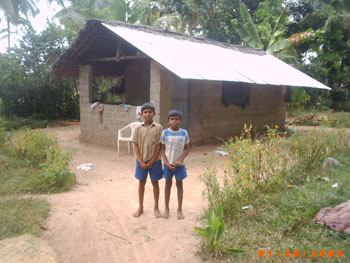 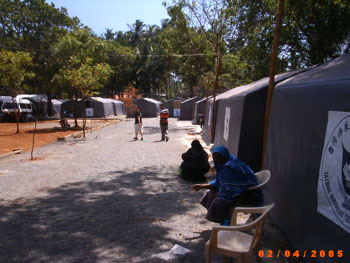 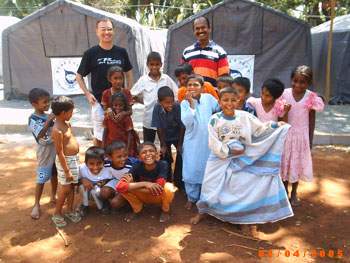 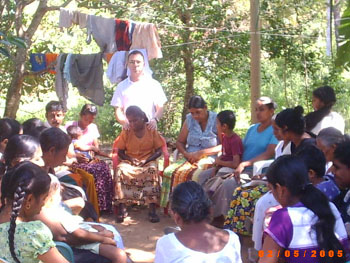 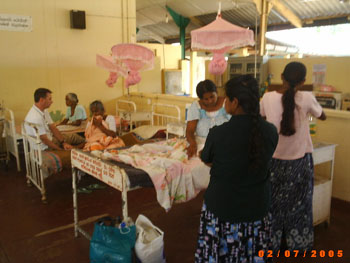 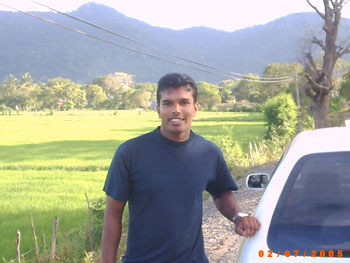 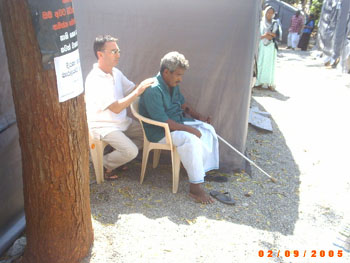 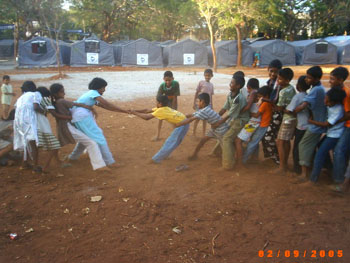 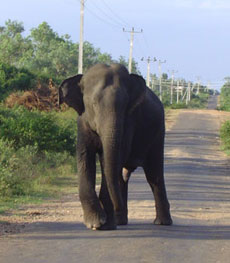 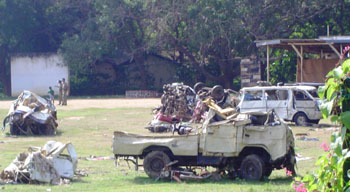 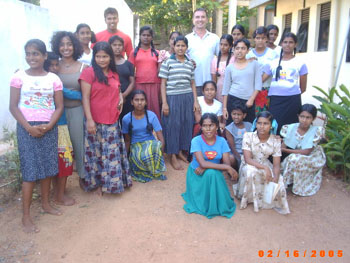 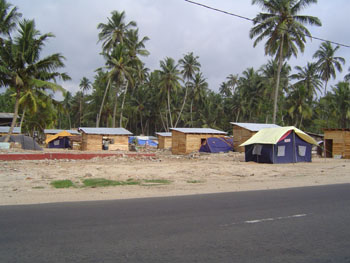 Healing the Tsunami survivors and orphans of Sri Lanka

The television coverage of the tsunami on 26th December 2004 shocked the world, as we watched unbelievable footage of death and destruction from many unprepared countries that line the beautiful shores of the Indian Ocean. Scientists in America had monitored the earthquake and realized that a tsunami was inevitable but, for numerous reasons, did not or could not inform the many Asian countries of the impending disaster.

Indonesia was very close to the epicentre of the quake and therefore a warning in the middle of the night may not have saved many lives, but for countries such as Sri Lanka, India and Burma, where the wave took more than four hours to reach their beaches, a warning could have saved tens if not hundreds, of thousands of people. The western world has so much life saving technology it's criminal that it does not share it with developing countries to benefit all of humanity.

How long will it be before our leaders realise that there is only 'One World, One Race, Humanity' and that it's our responsibility to open our hearts, minds and pockets to those less fortunate than ourselves.

The urge to help somehow was overwhelming. I am an experienced healer, used to sickness, suffering and death, but nothing could have prepared me for the emotional rollercoaster of the following few months.

I called a few charitable organisations and relief agencies but none of them seemed to want any volunteers, so I decided to go alone, arriving three weeks after the tsunami struck. Although I'm well travelled, it was my first visit to Sri Lanka. I had been introduced to my guide and interpreter Indika via emails and phone calls with the help of friend and lecturer Janet Parker, from the Arthur Findlay College, Stansted. She was aware that Serge, a French healer who visited the college, had connections on the island. He kindly offered his house and asked Indika to help me, his help was invaluable.

I was greeted at the airport and taken to a convent where the nuns were expecting me, and the gifts I had for them, from Sri Lankan Sisters in Nicosia. The convent and Indika's home were less than a mile apart, amazing for such a large island, don't you think? Coincidence maybe! They told me of the plight of the small southern town Hambantota and of Father Indika Anthony, whose heroic actions had helped so many; and of his continuing selfless help to the community. I felt a connection with my spirit team as I heard his name, so spontaneously made the decision to rent a car and drive south to meet and help Father Indika Anthony.

The next day it had taken a frustrating four hours to find a car that we could hire and the rest of the day to buy a car boot full of toys and cricket bats to amuse the distressed children we were about to meet. The coastal regions were still in chaos although the roads were open and many temporary bridges had been built. The journey took a very depressing 8 hours along hundreds of miles of total devastation.

Hambantota was probably the worst affected area on the south coast. It is situated close to the Yala National Park. The temperature is always very hot averaging around 34c. During the two months I was there I saw little cloud coverage and only two days of rain. Channelling healing energies in such temperatures proved very difficult but somehow I managed, working many nights to avoid the sun, although the temperature doesn't drop much in the tropics. I had very poor accommodation as most of the hotels and guest houses in the town had been destroyed. The only relief from the heat was the air conditioning in my old but reliable car ….Phew, Heaven!….

I started by visiting affected houses with a volunteer from Hambantota's Catholic Church and soon met many local people and was giving them individual hands on healing. Most of the survivors who had swallowed water and the black sludge were still having breathing difficulties. I had surprisingly quick success with many of these people and this came to the attention of village elders. With their help I started to give healing to groups of people and had equally good results. Most of them reported immediate relief that stayed with them.

Spiritual Healing can give benefits to all manner of human suffering whether it is physical, emotional or spiritual and it's about time that everyone on our planet is made aware of its existence.
Nine months later I returned on December 26th 2005. I had taken with me professional camera equipment and a friend, Adam, to use it. It enabled us to capture many wonderful experiences of instantaneous healings in a Muslim refugee camp and in private houses and gardens as well as healing meditations in Buddhist schools and grounds.

I made several Short films of my experiences with the footage. Some very short clips are on this website..

The DVD ‘Meditation with Monks’ was also filmed early 2006 during this trip. It is actually an atunement to the spirit world, so it has the potential to help with healing and relaxation, and maybe a useful tool for those of you wishing to enhance your mediumship. Attending courses is good but without the commitment to ‘sit in the power’ on a regular basis your connection maybe be slow to strengthen.

When you sit with ‘THE’ DVD,  (you don’t have to watch it, just listen) allow my voice to enable you relax, drift and atune.

The DVD is a recording of Buddhist monks experiencing ‘THE Healing Meditation’ in a shrine that is more than 2000 years old. It was a great privilege to be asked by Nigita the Chief Incumbent Monk to guide his monks in meditation.

The Karambmbagala Monastery is a mystical collection of caves on a hill that has walls built under the rock faces to form rooms for sleeping, eating and praying. It is extremely isolated having no electricity and mains water and due to many miles of narrow unmade roads it can be difficult to get there especially during the rainy season.

I have included in the DVD a short documentary of beautiful photography that captures life in the monastery. Proceeds from the sales will go to help the monastery and the survivors of the tsunami in Sri Lanka. In 2007 with help of Sujith Sargara we managed to eventually get mains water to the monastery.